Pardeep Narwal is undoubtedly the best player in Indian kabaddi, with over 1,000 raids and three excellent awards to his name. He is now a member of the Indian International Kabaddi squad and competes in the Pro Kabaddi local league. Let’s have a look at the biography & wiki of Pradeep Narwal and we will also look at his  lifestyle.

Being one of the best kabaddi players in the world  has made an indelible mark on the game over the course of eight Vivo Pro Kabaddi League seasons and he Pradeep is ready to rock the PKL 2022 season 9. However, only a few can assess the impact of Patna Pirates’ brilliance and the onslaught of Pardeep Narwal.

Magical raider Pardeep Narwal broke a record by becoming the highest-paid kabaddi athlete in ProKabaddi League history after being signed by ‘UP Yoddha’ for Rs 1.65 crore.

We all know that Pradep is the “Dubki King” of pro kabaddi league and this skill has made him a deadly raider for all the players playing the game.

He also had a successful career with the Indian Kabaddi squad that won the 2016 Kabaddi World Cup. He has made his reputation as one of the all-time best Kabaddi players.

Pardeep Narwal famously called “Dubki King”, is an Indian Kabaddi player who was born on February 16, 1997, into a Hindu farming family in a small village of Rindhana in the Sonipat District of Haryana. Mr. Dharmbir Narwal is his father’s name, and Mrs. Birmati Devi is his mother’s name.

Ravindra Narwal, his uncle, introduced him to kabaddi when he was just seven years old. Pradeep picked his interest for kabaddi for his school’s under-11 kabaddi squad when he was eight years old.

At the age of twelve, he entered the Haryana Kabaddi Academy under the tutelage of Naresh Narwal and acquired all of the fundamentals of Kabaddi from him, particularly ‘Dubki.’ Pardeep, who was too bashful to play kabaddi as a child, would go on to become the most aggressive raider in the Pro Kabaddi League’s history.

Pardeep began his professional career by competing in local events in his village. The Services and Air Force Team’s head coach, Ram Mehar Singh, saw Pardeep’s performance and encouraged him to compete in the nationals. Pardeep competed in the national competition for the Air Force and won the title.

In 2016, Narwal was promoted to the Indian kabaddi squad, and throughout his international career, he competed in four tournaments. Pradeep Narwal has won three gold medals for Indian Kabaddi side.

India won the Kabaddi World Cup in 2016, which was held in Ahmedabad. In the final, India beat Iran to win the title.

In that world cup Pradeep finished the competition as the sixth best raider with 47 points.

Pardeep Narwal made his Pro Kabaddi debut in the second season of the PKL in 2015 as a raider for the Bengaluru Bulls, who were led by Asian Games gold winner Manjeet Chhillar and boasted unrivalled attackers like Ajay Thakur and Rajesh Mondal.

Pardeep was hardly taken to the mat and had little opportunity to exhibit his abilities, spending the most of his time on the sideline in his debut year.

He collected 9 raiding points (1 Super Raid) in his second PKL season, but in the third PKL season, he became a phenomenal performer, scoring 121 raid points for his side Patna Pirates.

In season 3, He was traded to patna pirated in 2017, which allowed him to showcase his abilities and blossom into the superstar raider that he is today.

Along with Rohit Kumar, he put up a fantastic season with Patna Pirates, leading them to the Vivo Pro Kabaddi title against incumbent champions U Mumba.

With 121 raid points, he finished the season as the alliance’s leading scorer. He however gave the ‘Best Raider’ award to Rishank Devadiga and the ‘Most Valuable Player’ award to his teammate Rohit Kumar. 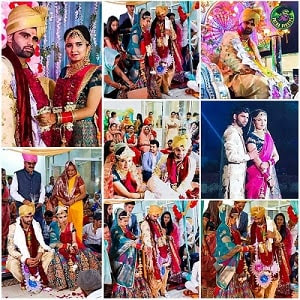 On November 9, 2019, Pardeep Narwal married. Swati Beniwal is his wife’s name. Here are some of the most gorgeous moments from his wedding.

Wife of Pradeep Narwal; we have only seen the images of his wife, Swati Beniwal, she is a housewife. 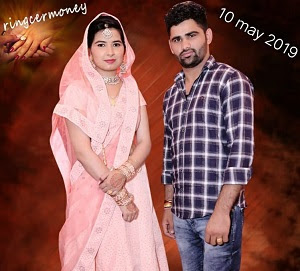 Child of Pradep; He and swati has a cute child whose name is Garvit Narwal, She gave birth to garvit in june 2021 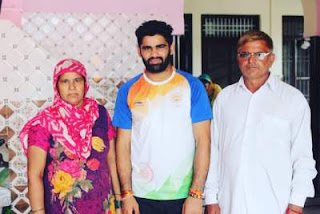 Pardeep Narwal photo with his mother and father 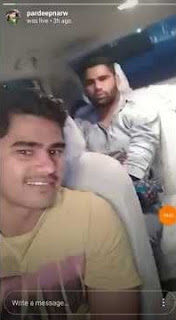 Pardeep Narwal photo with his friends 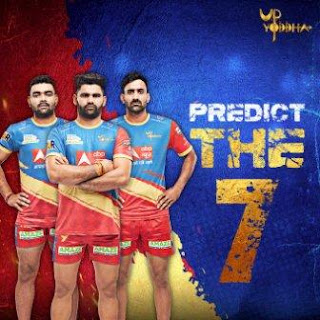 Pardeep Narwal photo with his teammates of UP Yoddha

Narwal is a multi-millionaire with a net worth of Rs. 20 crore. His profits are mainly from the team’s contract.

Every three to four years, the profits of pro kabaddi player’s profit fluctuate between 4% and 35%. It depends on the athlete’s consistency or the athlete’s ability to win a championship.

Patna Pirates was paying Pradeep around 60 to 90 lakhs. He was recently signed by ‘UP Yoddha’ for whooping  Rs 1.65 crore, which made him the most expensive kabaddi player in Pro Kabaddi League history.

Pradeep Narwal is one of the richest kabaddi player in India.

Pradeep Narwal is an international champion and we all know it. He is considerably young too, we can expect him to break more and more records.

Pradep Narwal is a family man, he lives with his wife Swati and child Garvit and takes care of his father too, we should learn a lot of things from him.

Best of luck to Pradeep for his professional career and personal life.