The excitement of Pro Kabaddi 2022 is at its peak, and new players are becoming stars day by day. Kabaddi was once looked down upon as a backward sport, but this perception has changed as the sport has recently been organised on a global scale, attracting a growing number of professional players. Numerous people have shown an interest in Kabaddi since the start of the Pro Kabaddi League. Starting with the PKL Kabaddi Auctions in 2022, the craze for Kabaddi is likely to increase. Arjun Deshwal is one of the most expensive and demanding Players in the Kabaddi Game. Arjun Deshwal is an Indian Kabaddi player who aims to represent as a raider in the Indian Kabaddi World Cup. He continues to perform well in Pro Kabaddi 2022. He is generally regarded as one of the world’s best kabaddi players. He has remained the leader of his team Jaipur Pink Panther’s raiding department by putting 7 Super 10s till now. People are very fond of his game.
Arjun was picked for the PKL Season 8 Auction in 2021. He was one of the most expensive players on the PKL 2021 Players List. Arjun was bought at auction at 96 lakhs. Let us learn more about him by reading Arjun Deshwal Biography. 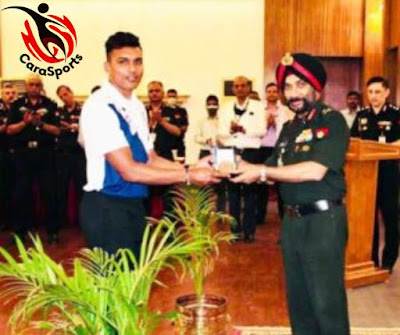 Arjun Deshwal was born in a small village of Basera (Muzaffarnagar) in Uttar Pradesh on July 7, 1999. Earlier in his childhood he was a big fan of cricket. Arjun used to keenly see his friends playing kabaddi. He was very inspired by his friends as they used to win many awards, so at the age of 14 he also began to play kabaddi and started training in kabaddi. After more practice, he realised he was most comfortable in the raiding section, so that’s what he eventually became a raider. At the age of 14, Arjun took up Kabaddi as a school sport. As a district-level athlete, he represents his school in competitions. 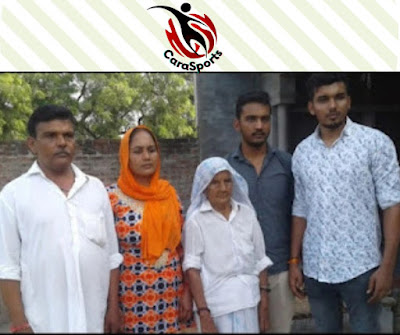 Arjun Deshwal was born in a middle class family. His father’s name is Charan Singh and Arjun’s father is a farmer. The name of Arjun’s mother is Seema Devi and she is a housewife. Arjun has one brother whose name is Aryan Deshwal

Right now as per media reports Arjun Deswal is single and he doesn’t have any wife or girlfriend. He is completely focused on his kabaddi training 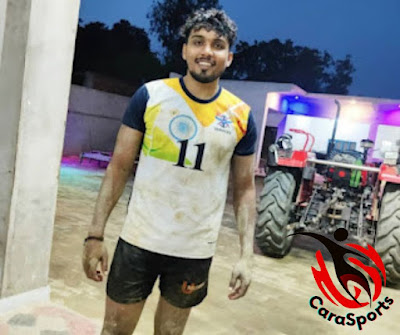 Arjun Deshwal turned down offers to join the army from both Bangalore and Hyderabad city, choosing instead to devote his time to kabaddi training.

Kabaddi player Arjun Deshwal joined Indian Army through the sports quota system and is continuing to train with his coach, Mr. Bhupinder Singh. When he returns home to his village for the holidays, he continues training with Mr. Dharminder Singh, his village coach.

In Season 7 of the Pro Kabaddi League, Arjun was Selected to the U Mumba Team, where his performance was praised by many Kabaddi Enthusiasts. In Season 6, Arjun wanted to play Kabaddi but was unable to because of his fitness level.

Arjun is currently playing for Jaipur Pink Panther. So currently during PKL 2022 he is residing in Jaipur and travels with the team too. According to some media houses, the net worth of Arjun Deshwal is around 2 crore including match fees and endorsement.

Besara (muzaffarnagar), Up is the village of Arjun

Arjun was bought by Jaipur Pink Panthers at a price of 96 lacs. 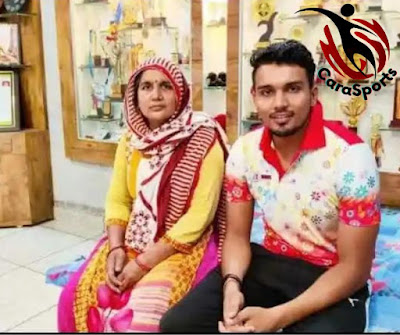 Arjun Deshwal with his mother 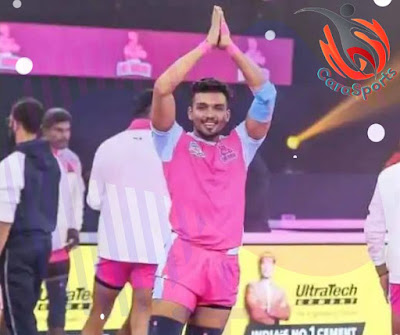 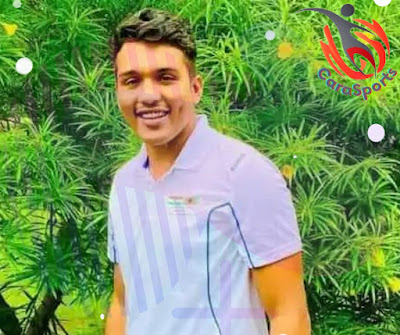 We hope you found this article about Arjun Deshwal Biography to be interesting and informative. Please forward this information to any friends or family members who are also Arjun Deshwal’s fans.